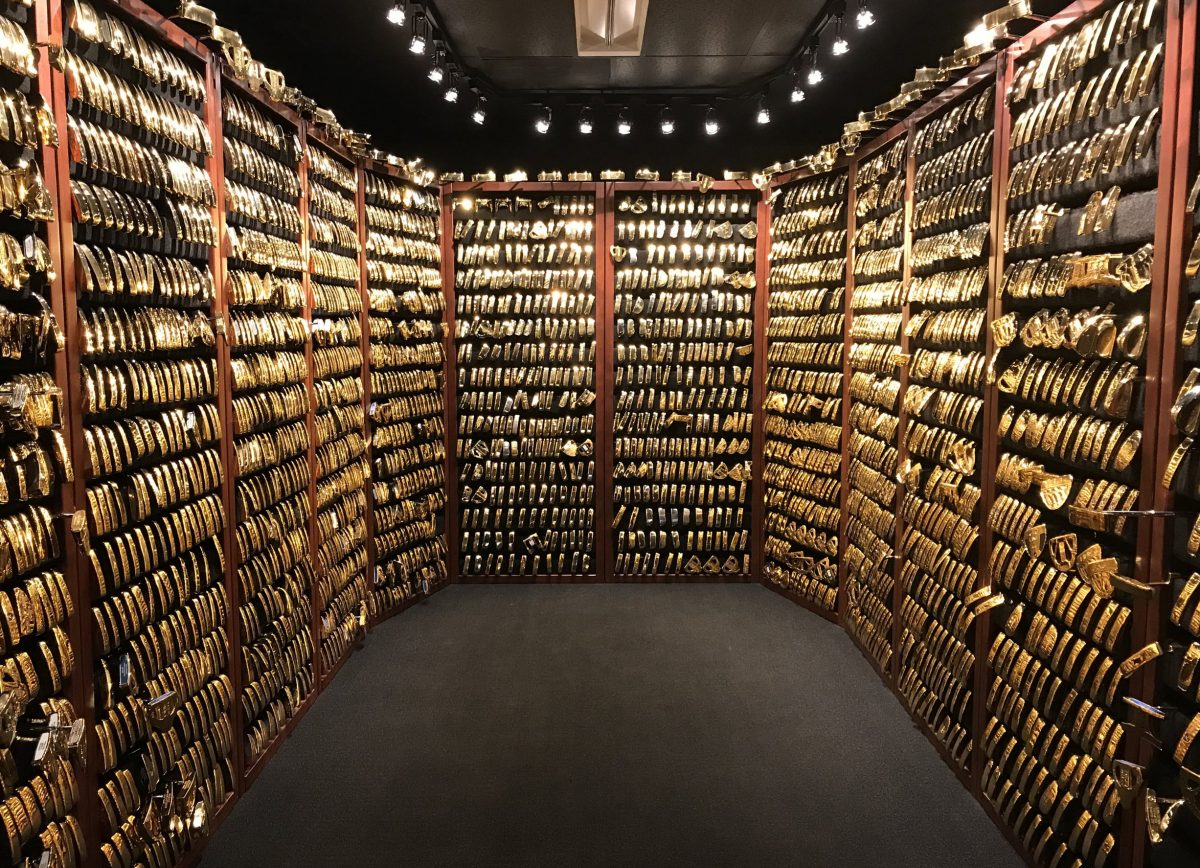 In 1972, Karsten Solheim, founder of PING, was searching for a unique way of commemorating each victory where a PING putter was used. He landed on the idea that the best way to say thank you was to create two replicas of the putter that was used, and have each one gold plated. One putter went to the Golfer, the other stayed at the PING HQ in Phoenix, Arizona. The putters themselves were engraved with the Golfers name and where the victory took place.

The putter that began this tradition was used by John Barnum who won the 1962 Cajun Classic using a model 69, made by the original Karsten Manufacturing Co, later known as PING. Solheim’s ambition to immortalize these pieces was born and the PING Gold Putter Vault took on a life of its own.

Since Barnum’s 1962 model 69, PING have enjoyed huge success, so much so that the vault now holds nearly 3,000 gold plated putters. Tiger Woods in fact has two in there from his days as a US Amateur and names like Faldo, Ballesteros, Norman, Watson, Stewart and Trevino all feature heavily. The vault itself is alphabetized and the putter that occupies the most space? It’s the PING Anser, with over 500 of the model stored safely.

In terms of the player with the most – that honor falls to Seve Ballesteros with 44 wins all coming with a PING Anser. This is closely followed by long time PING staffer, Lee Westwood, with 43 career wins using a PING putter.

On top of this vast collection of putters you’ll also find a few noteable wedges and even a 4-iron. There are three gold plated EYE2 sand wedges that belong to Bob Tway, Paul Azinger and Jeff Maggert from the 1986 PGA Championship, 1993 Memorial and 1999 Match Play respectively. Bubba Watson’s 52 degree Tour W Wedge from his 2012 Masters miracle shot sits alongside Louis Oosthuizen’s S57 4-iron from the the same tournament when he made a double eagle at the 2nd hole.

The vault is truly a sight to behold and one thing’s for sure when it comes to the PING Gold Putter vault – there always going to need more space!