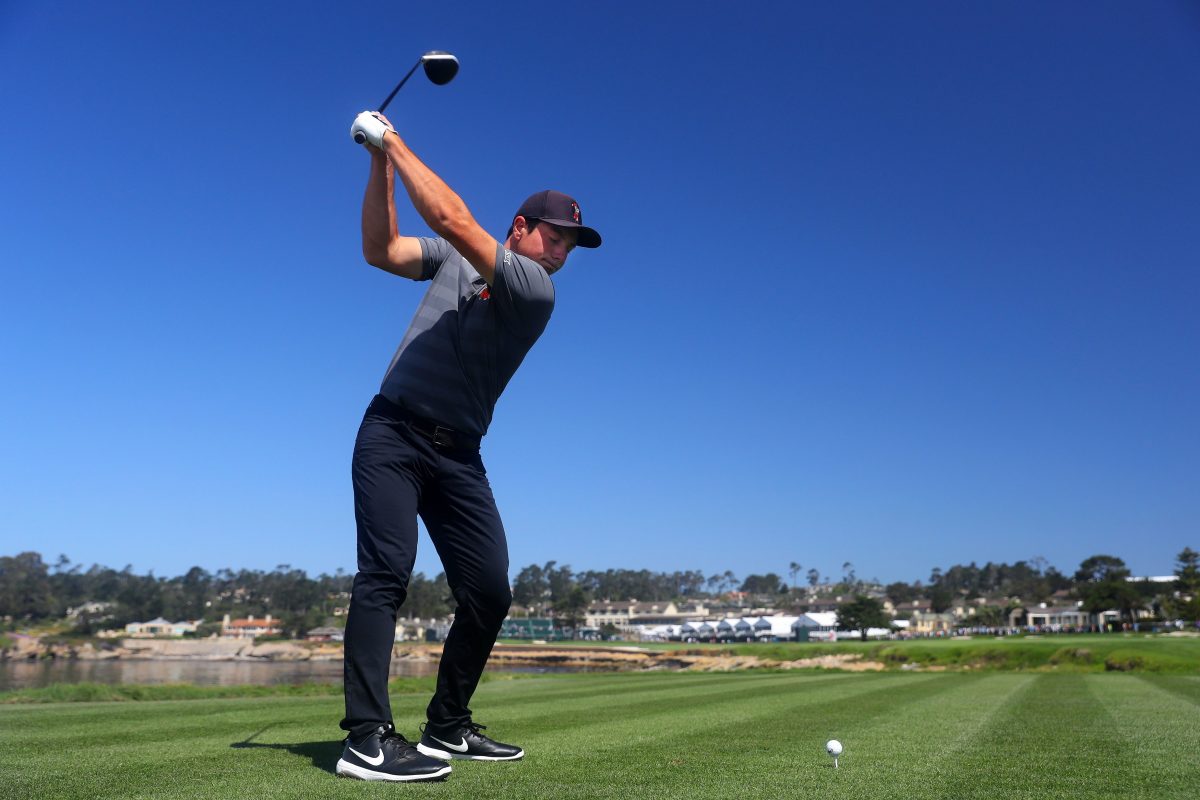 Viktor Hovland is quickly becoming Golf’s ‘Mr Consistent’. Having made his PGA tour debut earlier in the year, the easy going 22 year old from Norway has quickly found himself being talked about as a future major winner.

On Thursday he broke Bob Estes’ record for the most consecutive rounds in the 60s on the PGA Tour since 1983, having shot a three-under par 69 in the first round of The CJ Cup at Nine Bridges.

Along with his sublime scoring record, his style and on-trend apparel is something we particuarly like about this unstoppable Norweigan talent. We take a closer look at what his go-to apparel choices are.

Starting with headwear – as a Ping staffer, Viktor is never seen without his trusty Ping Tour Structured hat .

As one of the many J.Lindeberg Golfers out there Viktor is a big fan of their bold polo designs having recently been spotted wearing the KV TX Jacquard polo.

The highly popular J.Lindeberg KV TX polo is made with a sweat wicking, fast dry fabric, that is designed to keep Golfer’s cool at all times. A three button collar with J.Lindeberg embroidered branding makes for an attractive look, completed by a J.Lindeberg EST. 1996 pattern running throughout.

The KV TX Polo is available here for a limited time only.

When it comes to belts, J.Lindeberg have a superb collection and Viktor is often seen in the JL Iconic leather belt made from 100% leather with a brushed rubber buckle featuring the J.Lindeberg branding.

J.Lindeberg have an extensive range of trousers. The Ellott tight bonded micro stretch trousers are a perfect choice for any Golfer and come in four colors, safari beige, black, white and JL Navy. The Ellot trousers are slim fit style, made from a flexible microstretch fabric that provides unrestricted movement, whilst also being breathable and quick drying.

Viktor’s footwear choice tends to be a mix between the Nike Vapor Pro and Nike React Vapor Pro 2, having been spotted swapping between the two this year.

The Nike Vapor Pro’s have a waterproof upper and a plush midsole, which combines a classic design with modern golf shoe technology. Its consistent traction and stability is a huge plus point for any Golfer.

The Nike React Vapor 2 shoe has the added benefit of having Nike React materials technology. The integrated spiked traction system delivers high levels of grip no matter what the weather is.

As previously mention, Viktor is one of a number of leading Ping Staffers currently on Tour, but he does have a number of other manufacturers also in play: