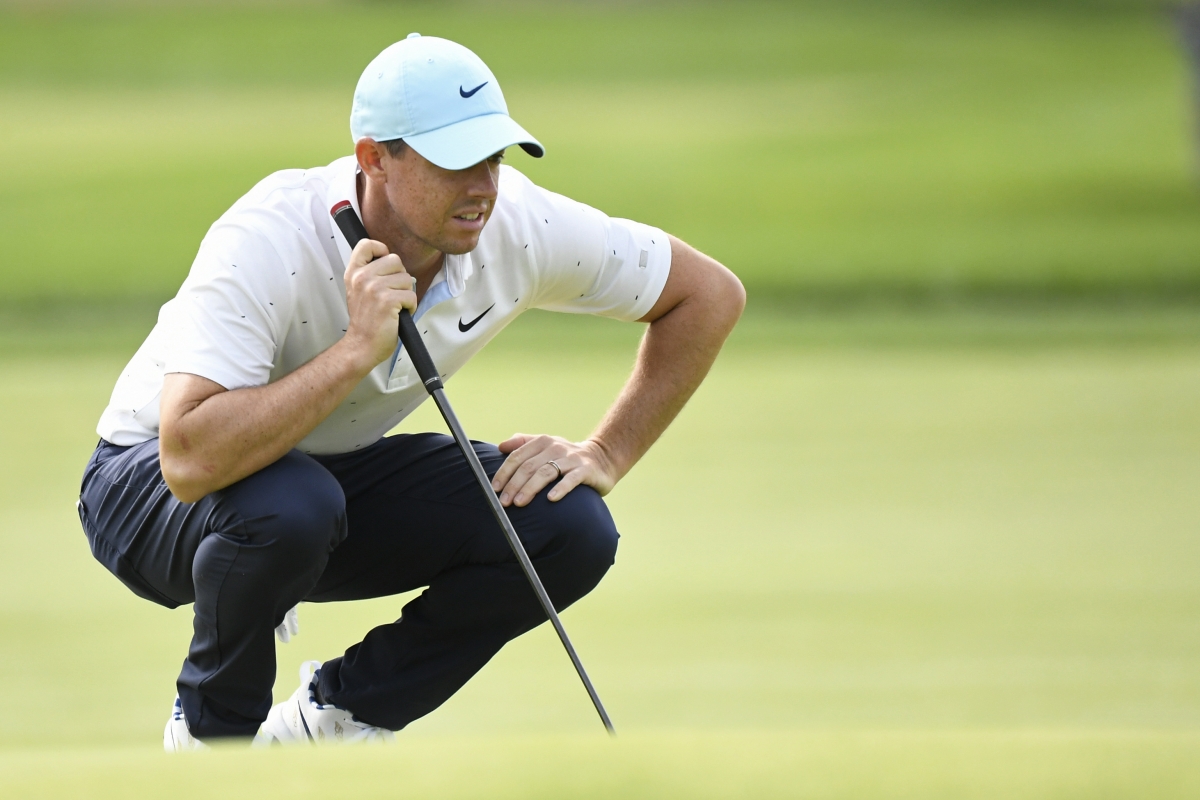 We’re big fans of Rory at GolfGETUP and since the start of the wrap around season we’ve been keeping a close eye on which shoes Rory McIlroy has opted for. One thing is clear, he’s sticking firmly with the tried and tested Nike Roshe G Tour which he also favored throughout 2019. If you’ve not come across the Roshe G Tour before then take a closer look at a few of Rory’s favorite styles…

Starting in October 2019 where Rory finished 3rd at the ZOZO Championship in Japan, we immediately noticed him opting for the Roshe G Tour. Over the course of the week he showcased a few versions of the shoe but one of the best looks was the classic styling of the Black/Summit White/Summit White.

Later that month at the WGC-HSBC Championship Rory beat Xander Schauffele in a playoff and he was spotted wearing a custom version of the Roshe G Tour with blue Nike tick, a base of white white and touches of light green and blue.

A solid 3rd place at the Farmers Insurance Open in January follow and the Summit White/Anthracite/University Blue version of the Roshe G Tour was spotted for the first time.

In February Rory finished 5th at the The Genesis at Riviera wearing the same style as the week before at the Farmers, which matched his scripting perfectly.

Finally, and with aother 5th place finished at WGC-Mexico Championship the Black/Summit White/Summit White was back on the scene.

At the 2020 U.S Open at Winged Foot Rory was spotted wearing a pair of custom Winged Foot branded Roshe G Tour shoes. Along with Winged Foot branding the removable spikes twist and lock into outsoles that say “Wings.” The shoes are available at Nike here and retail for $130.

This was followed up in Round 3 at the US Open with some custom black ‘Winged Foot’ Nike Roshe G Tour’s which matched Rory’s scripting perfectly.

To find out more about Rory’s full style and look take a look at our recent article: Tour Styles – Get the Rory McIlroy Nike look